· Date: 2016
· Genre: Theatrical concert
· Concept: Fellow Travellers (Rosa Arnold, Jeanita Vriens, Annemijn Bergkotte, Rebecca Wise) and Michiel Voet
· Production: Ronald Spekle and Dirk Feller
· Music: Antonín Dvořák: String Quartet no.12 op.96 in F major ( "American"), John Adams: selection from "John's Book of Alleged Dances', Béla Bartók: string quartet no.2, Terry Rilley: Sunrise of the Planetary Dream Collector.
· Date and place premiered:  4 October 2016, Sint Aegtenkapel, Amersfoort
· Description: Fellow Travelers is an American concert, with music composed by the American ‘minimal’ composer John Adams and European Béla Bartók and Antonín Dvořák. These last two travelled to New York and wrote a few of their masterpieces there, under the influence of the country of infinite possibilities: the United States of America. But is this really true? Both Béla Bartók and Antonín Dvořák could not find happiness there, despite their fame overseas.
The set is based on a projector of transparencies. Within these images it is the aim to recreate the environment that could have influenced these composers in the creation of their masterpieces. These images are made with a touch that turns it into magic realism. The images are also compiled in a big book format for the international concerts. It was used instead of the projector; showed on a lectern. 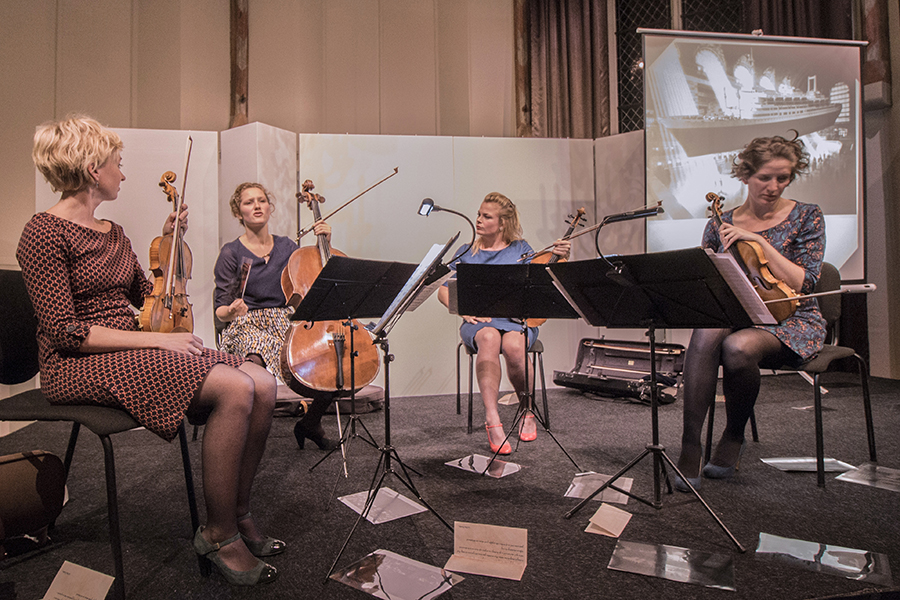 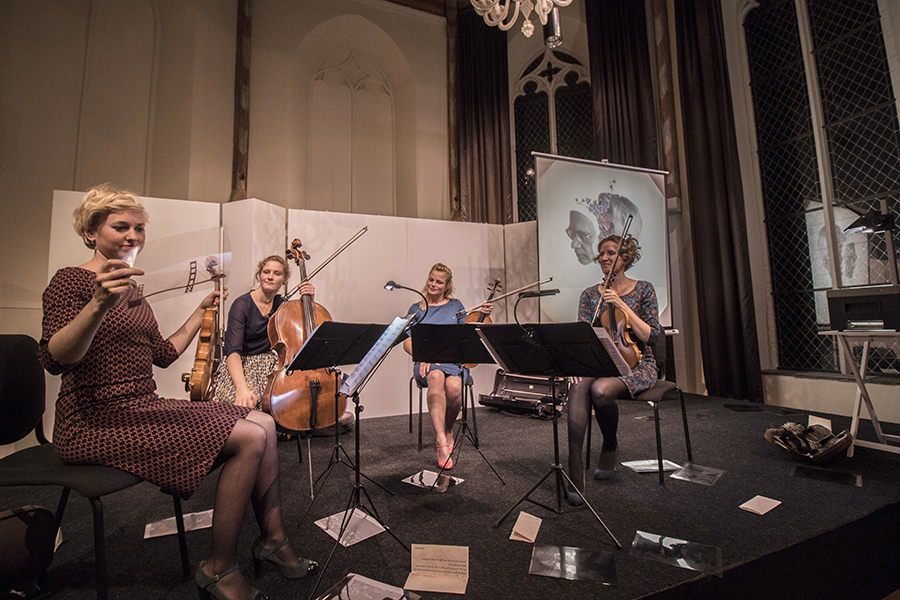 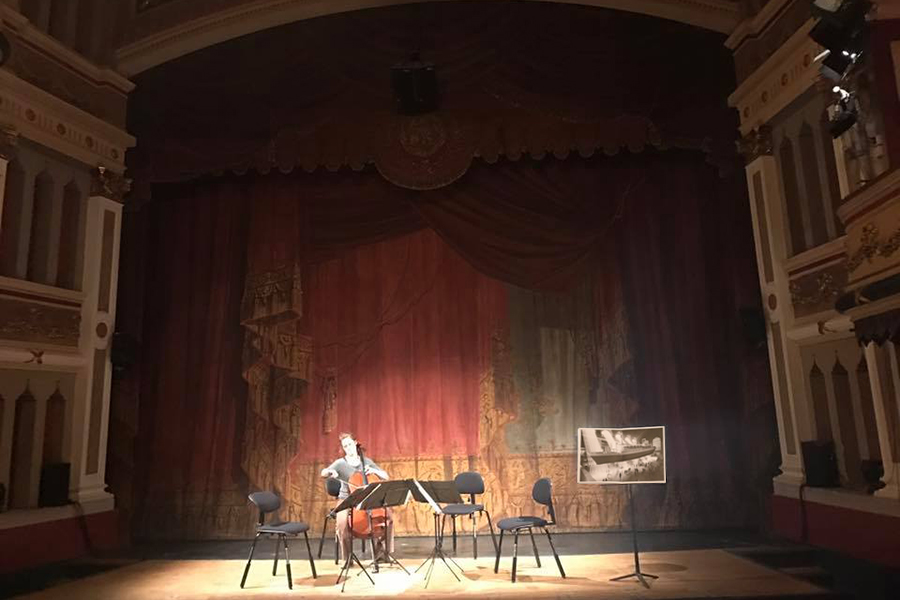 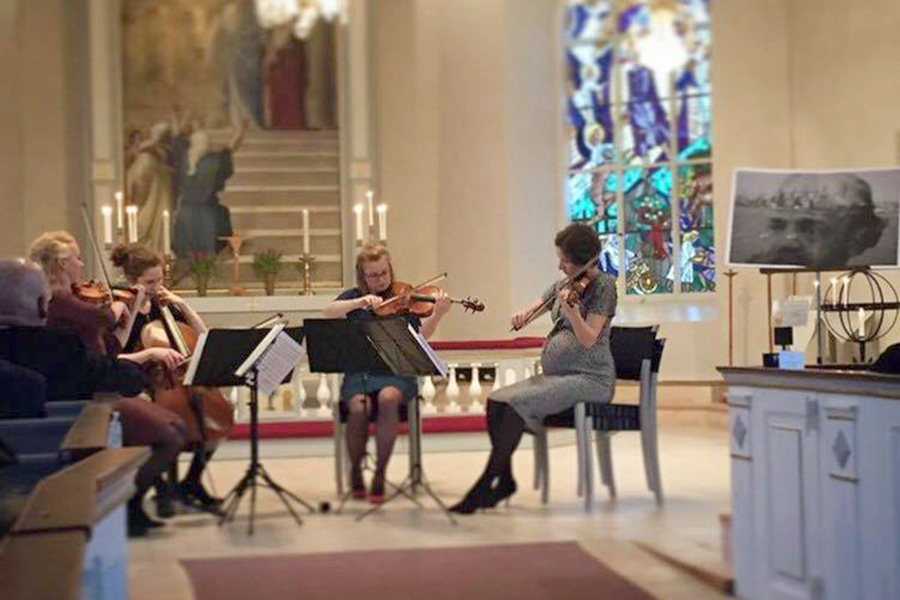 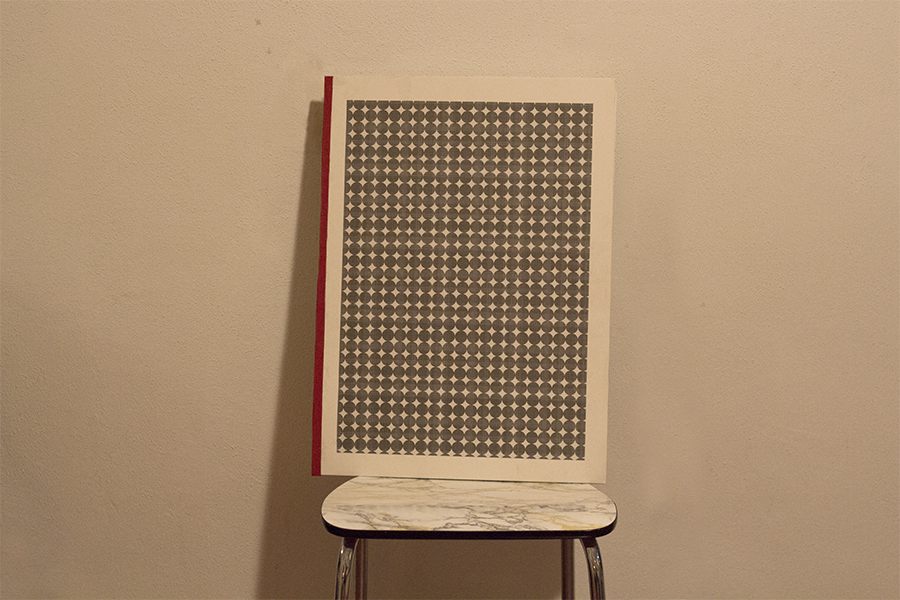 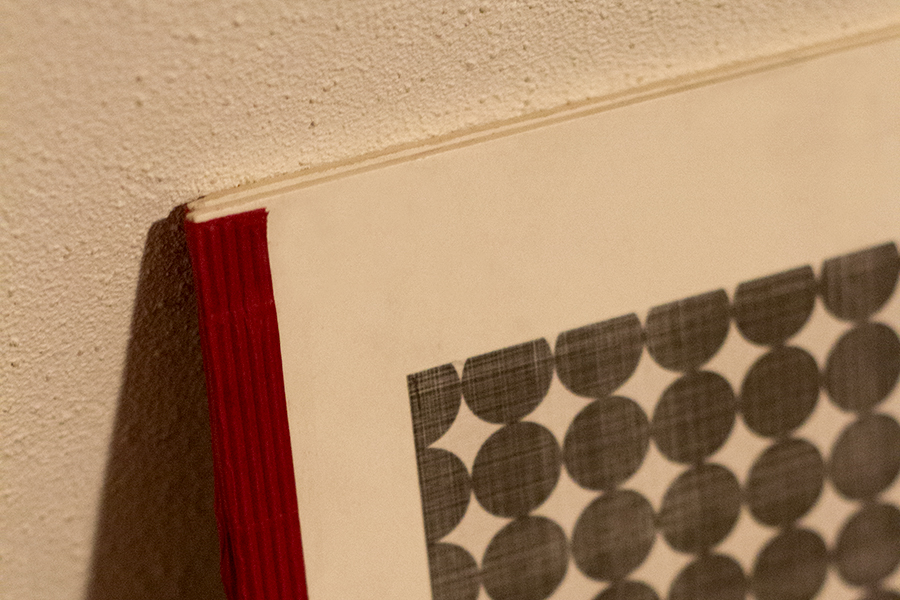 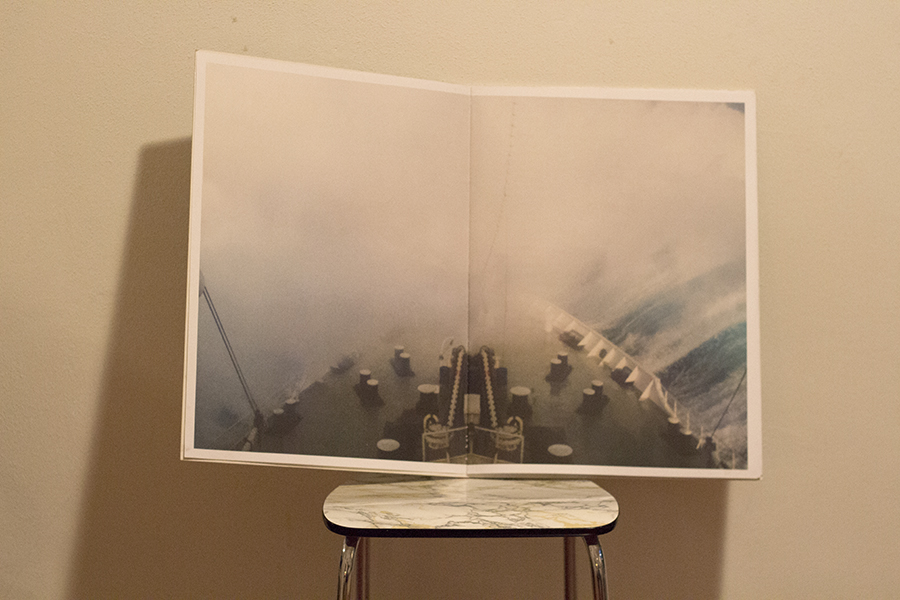 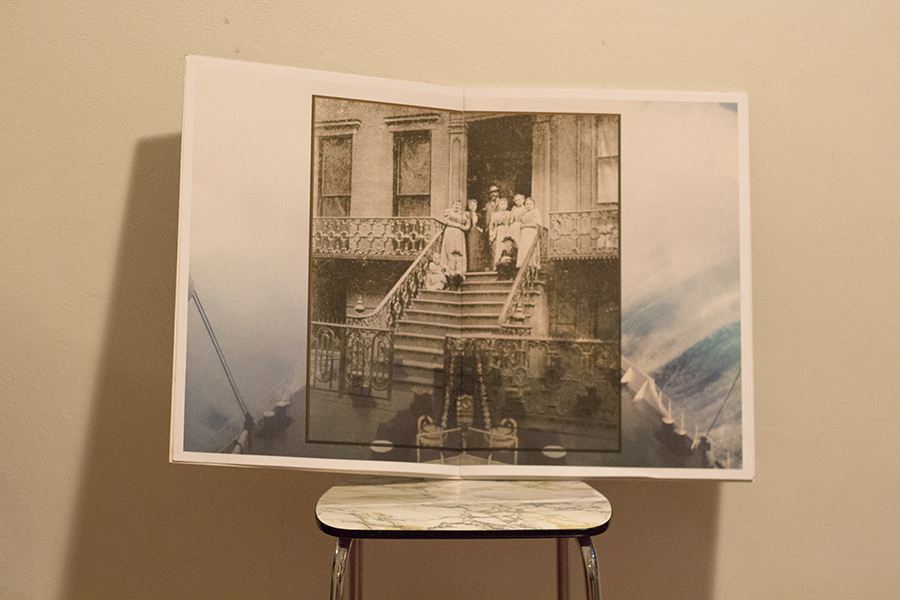 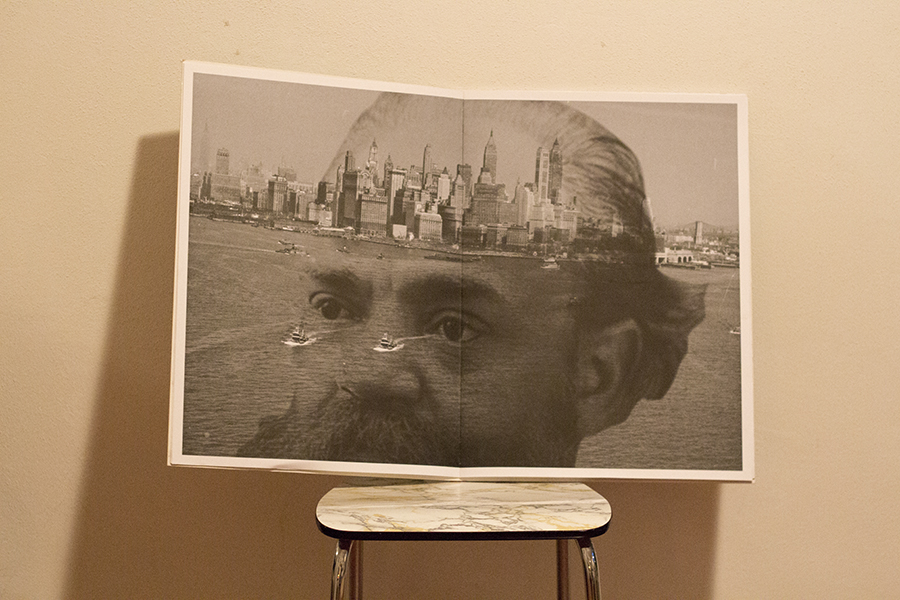 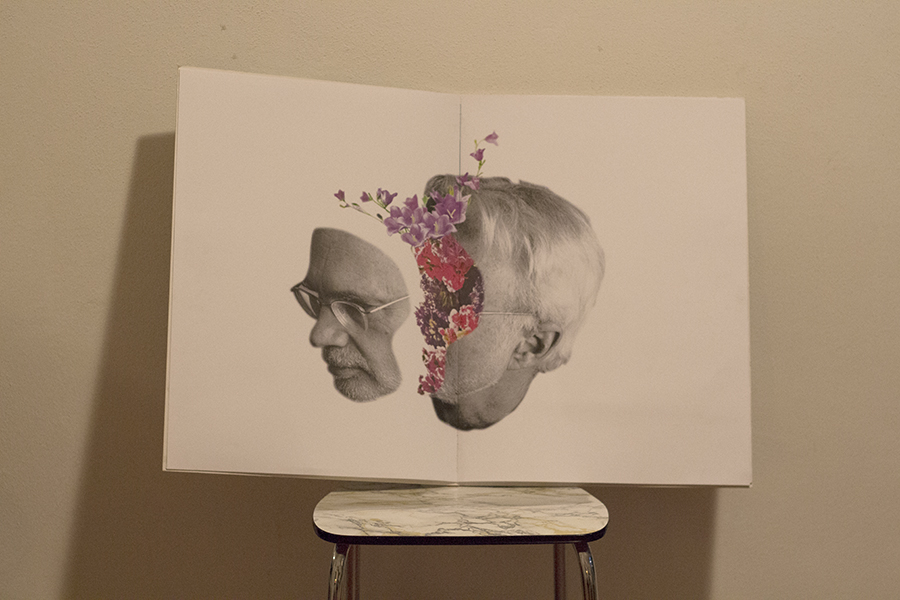 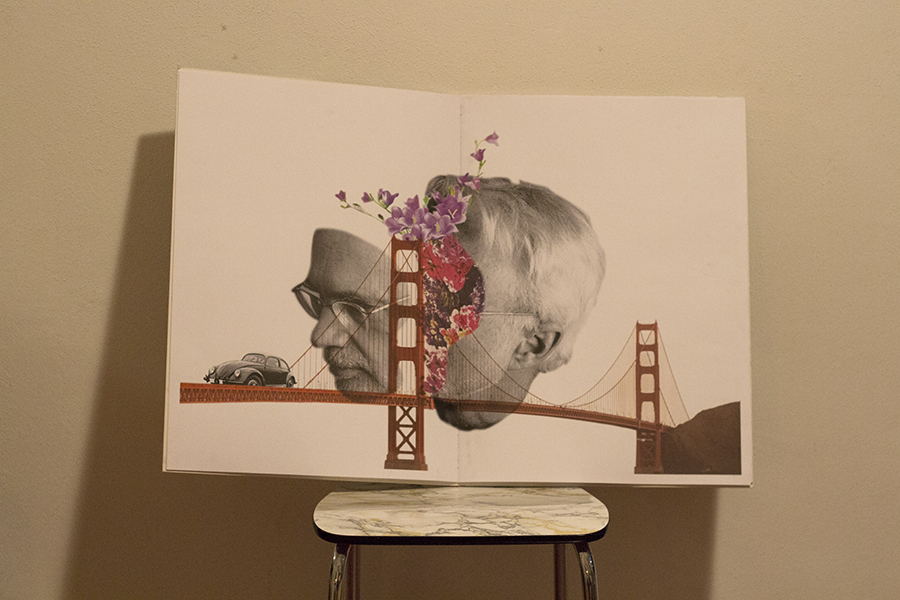 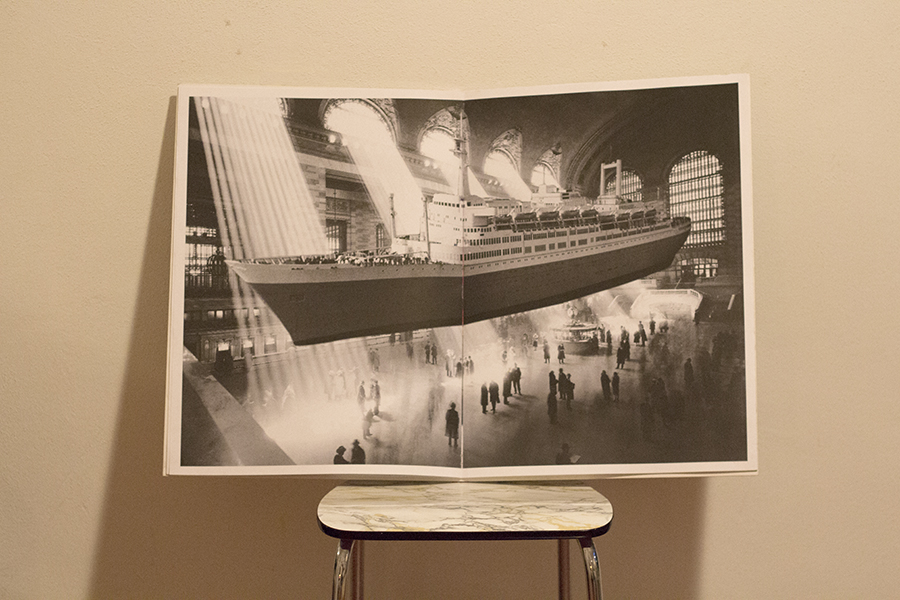 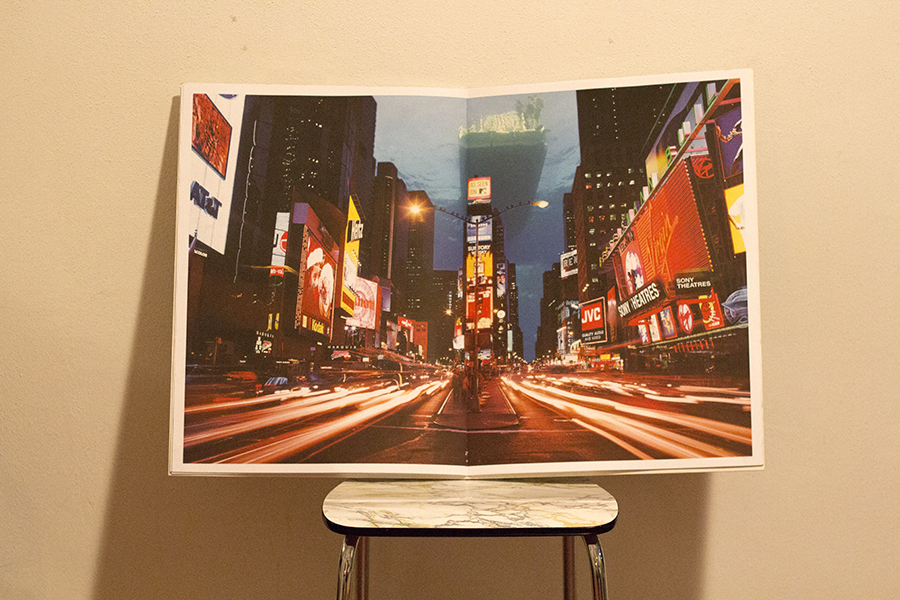 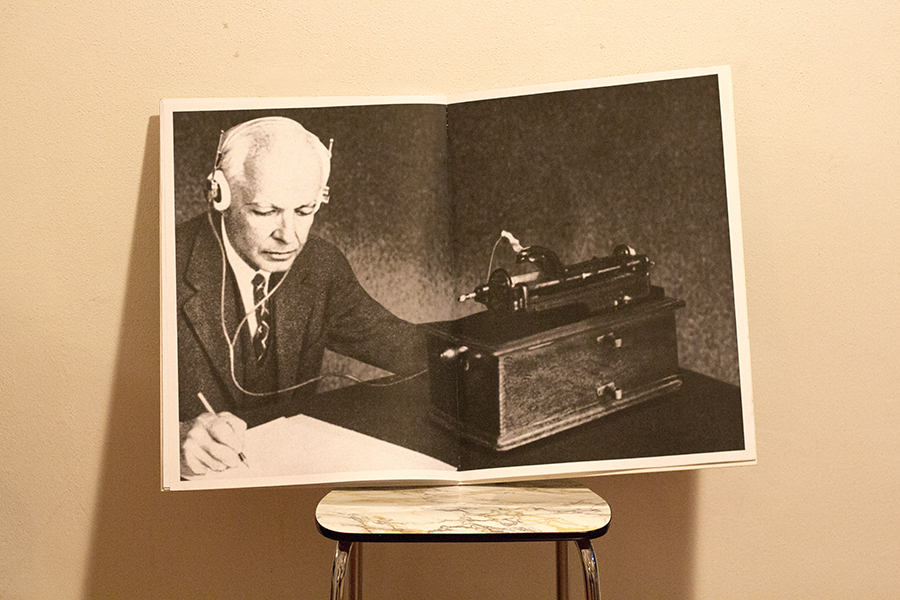 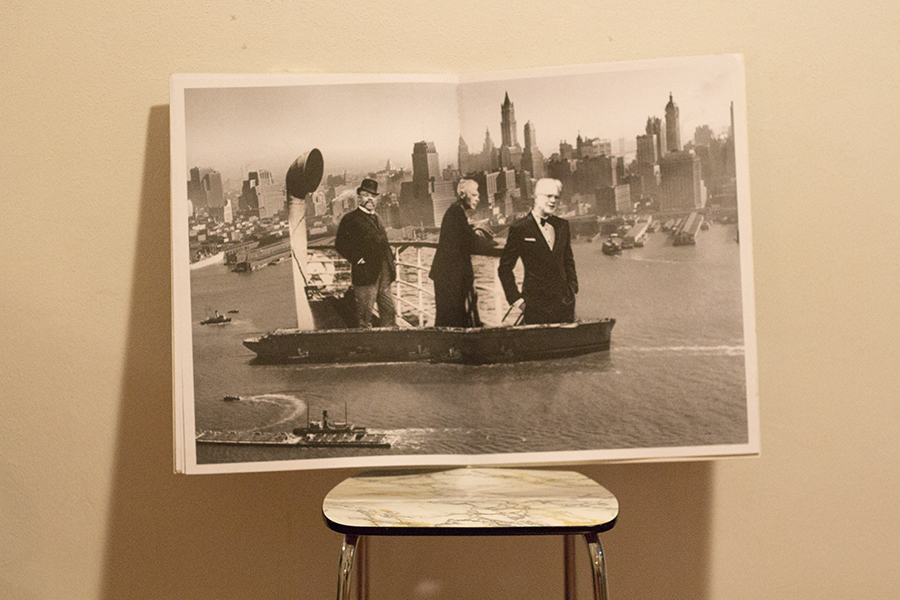 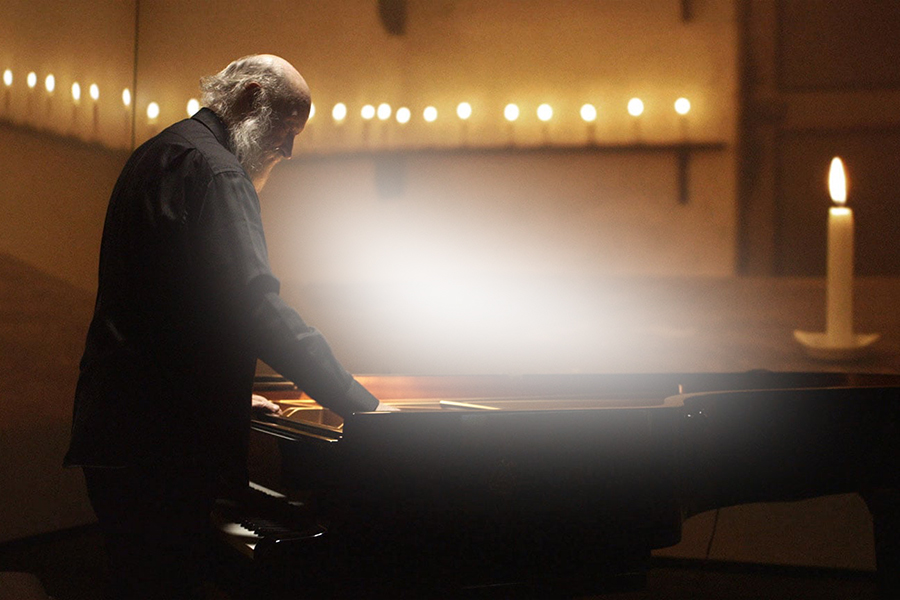 Image for pause. The ship´s shadow over NYC