· Date: 2017
· Genre: TED-talk (Technology, Entertainment, Design)
· Concept, play: George van Houts
· Stage design: Michiel Voet
· Production: Bos Theaterproducties
· Technique: Mike van de Lagemaat
· Date and place premiered:  12 march, Theatre Kukelekut, Horst, The Netherlands.
· Description: Conspiracy theories, the worldwide web is full of it. But what if the declaring-of-conspiracytheory-of-all-that-is-outside-the-official-reading-of-things is itself a conspiracy? Is it the mocking of people who are not satisfied with the stories of the government and his rulers? In this production George van Houts plays, tells and teaches a number of conspiracie-theories which years later are proved to be true. Finally it is the aim to give the audience the experience of the conspiracy that we are in right now, in 2016-2017, where we all are being sucked in. It is not a comedy, no drama, and neither a reading ... but a TED talk, with humor, personality and the unveiling of a terrifying, staggering global plot. To explain the complot, it was asked to make three models: The original state of the towers before the attack; the final aspect if the towers had been demolished as the authorities clarified and finally what the towers really looked like after the attack. 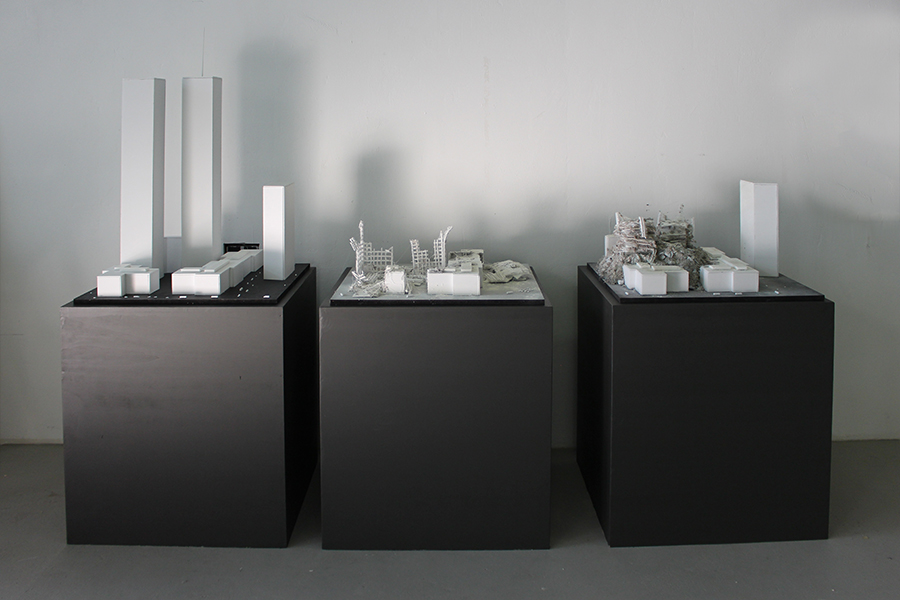 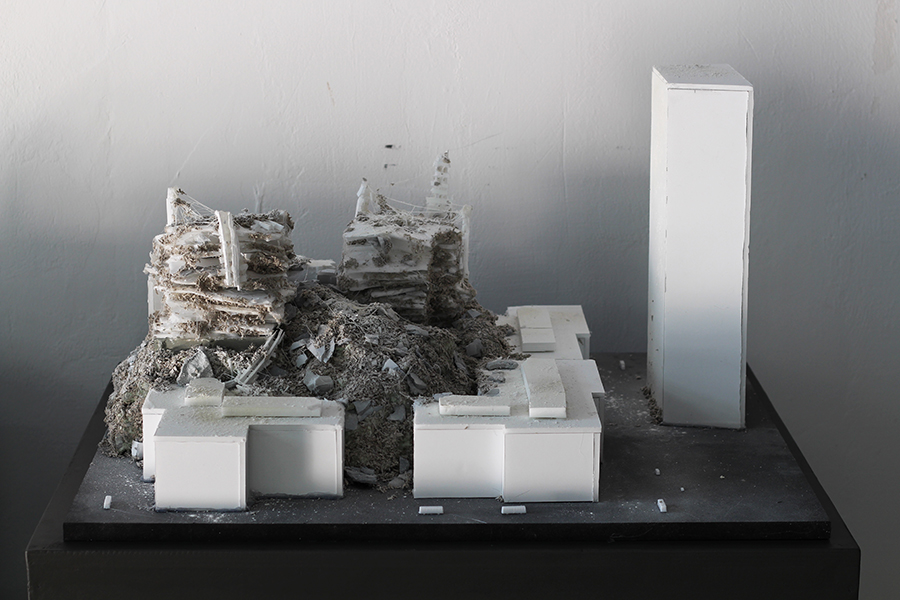 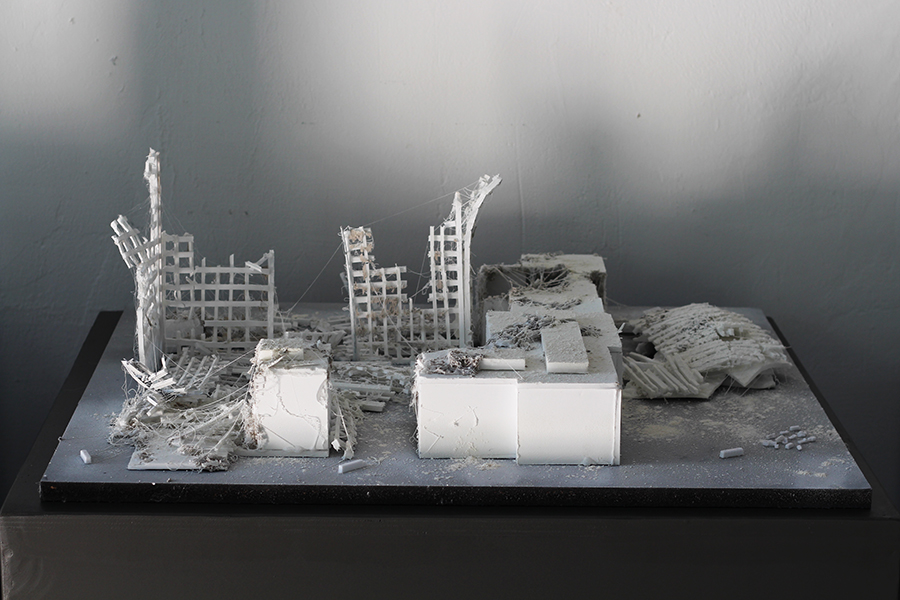 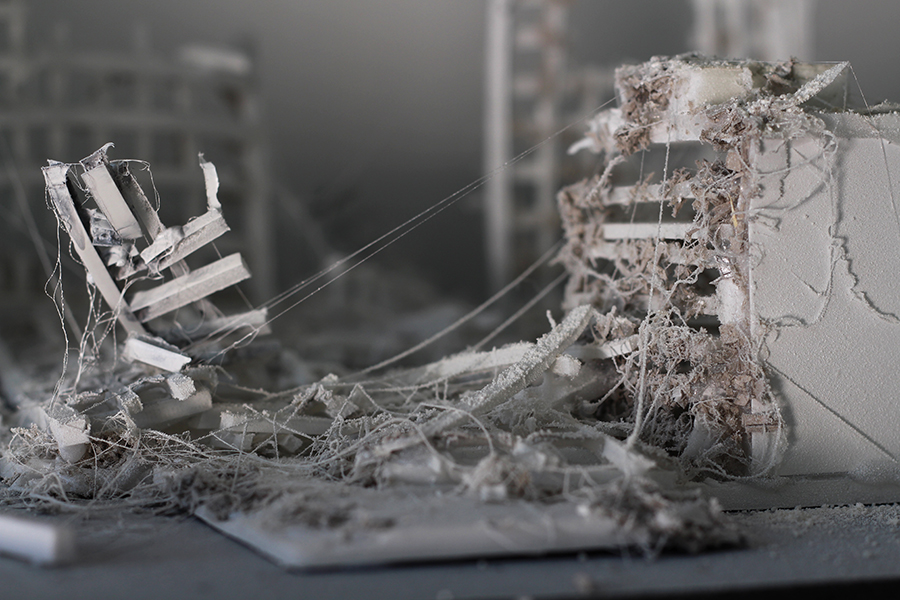 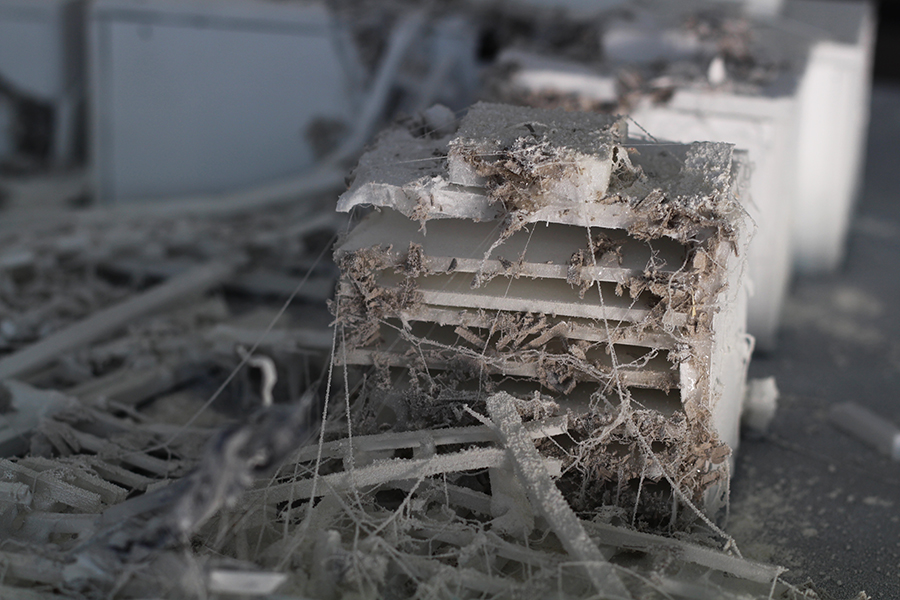 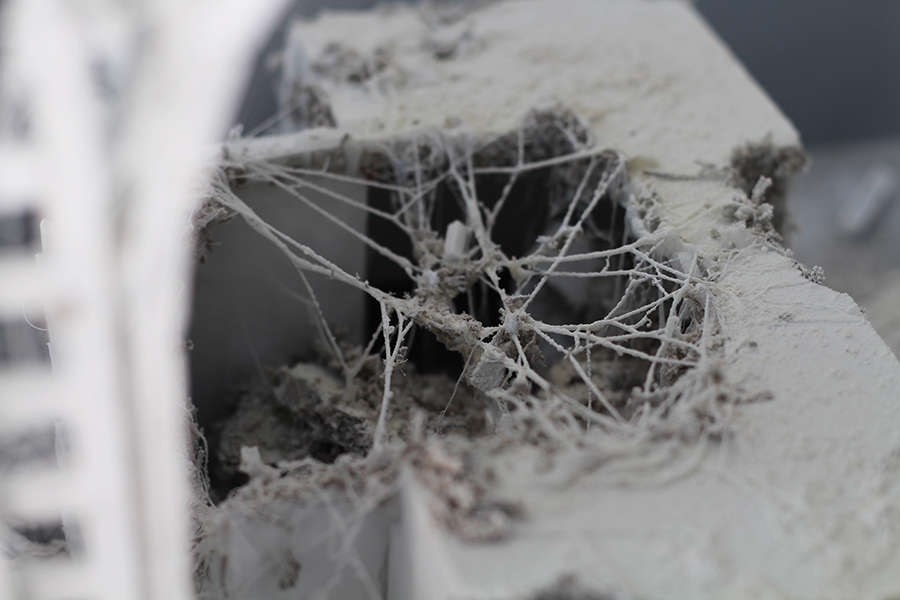 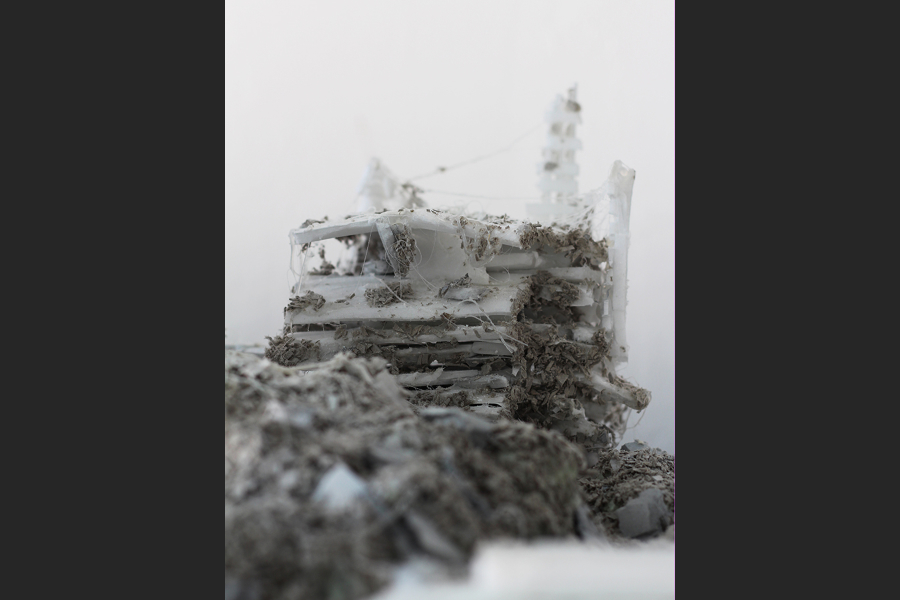 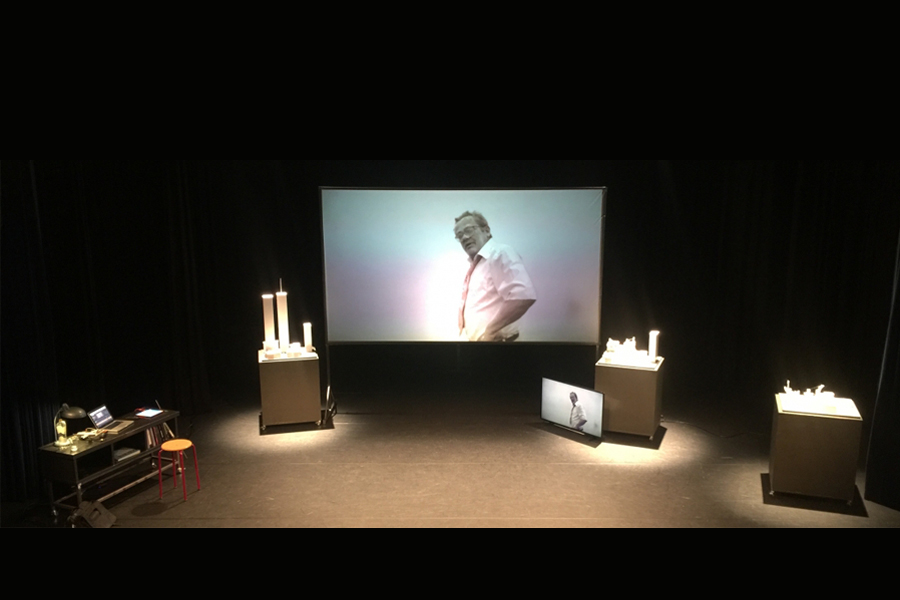 Original state of the towers before the attack

General view of the setting